Chicago needs rent control. I know. I got priced out while pregnant. 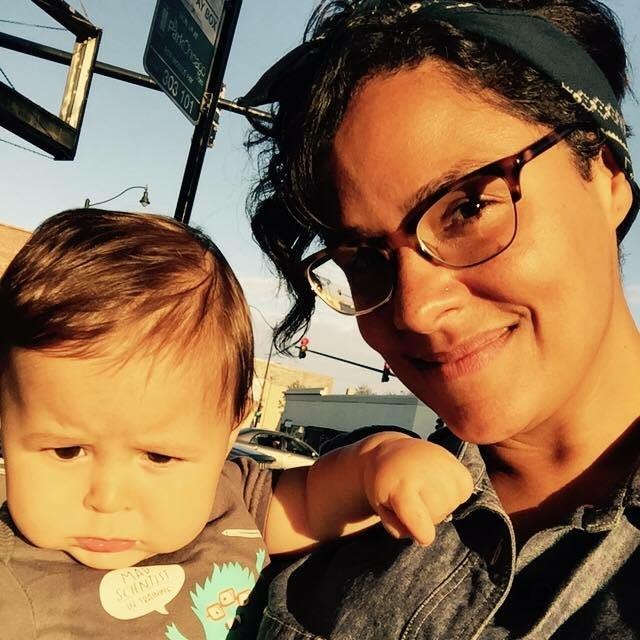 In 2015, only a few months after I learned I was pregnant, our landlord raised our rent.

My partner and I had been living in an apartment in Albany Park for two years. It was not in good shape but we put love, time and energy into making it a place we could welcome our son. We paid our rent on time every month. At the end of our lease the landlord asked us if we were staying. When we said yes, he raised our rent more than $200—more than our budget would allow.

I had come from Puerto Rico a few years before, and Albany Park won my heart as soon as I stepped foot on it. The people in the neighborhood looked like me and also like they came from everywhere in the world. I didn’t feel foreign here. It felt like home. It was the place we knew we wanted to raise our child.

And so, as my son's arrival neared, we moved out and after a long search frustrated by the rising costs of rents, found a much smaller apartment in the neighborhood at a price we could afford, $950.

Hoping to save money, I went back to Puerto Rico in the winter to give birth. While I was there I received a call from my new landlord saying our building had been sold but that “nothing would change.” Our baby came, and when we returned home, most of our neighbors in the apartment building were gone and the new owner was remodeling the building without a permit.

The last neighbors moved out only a few weeks after our return. The building that was once filled with working class people of color was almost empty.

As a past director at the Albany Park Theater Project, an arts organization that works with young people to dramatize the stories around us, one of my favorite plays we ever did was “I Will Kiss This Walls.” It was a theater play about people fighting foreclosures and evictions and standing up to the banks. I saw children in our company and neighbors tell the painful stories of losing their homes, or telling us they were moving to the suburbs or beyond because their families could no longer afford to live in our beloved neighborhood.

Stories like the ones my students performed are not unusual in Chicago today. Half of Chicago’s renters are “rent-cost burdened,” meaning that they spend more than 30% of their income on rent. And in neighborhoods like Albany Park, rents are rising more quickly than wages.

The result is that the neighborhood that I came to know so well—where people of color, undocumented families, refugees, students and working-class families of every race and faith have come to find a safe haven—is being drained of the same people who make it so special, because they can’t afford to live here.

It’s because of this that my son and I now walk our neighborhood as part of the campaign to lift the ban on rent control, a policy that could be a key piece to keeping communities like ours from spiraling into unaffordability.

In 1997, under lobbying from the real estate industry and with help from a right-wing policy group, the state of Illinois banned cities from implementing measures to control rising rents.

The Lift the Ban coalition, representing more than 20 community organizations city-wide, is campaigning to repeal the law. Lift the Ban has placed an advisory referendum on the primary ballot in more than 100 precincts across Chicago, including some in Albany Park. On March 20, these voters will have a chance to send a message to Springfield that we want their help in overturning this ban. Implementing rent control in Chicago would be the next step.

Last month I learned that the mother of one of our theater alumni who lived in Albany Park for more than 20 years had to move. She was priced out.