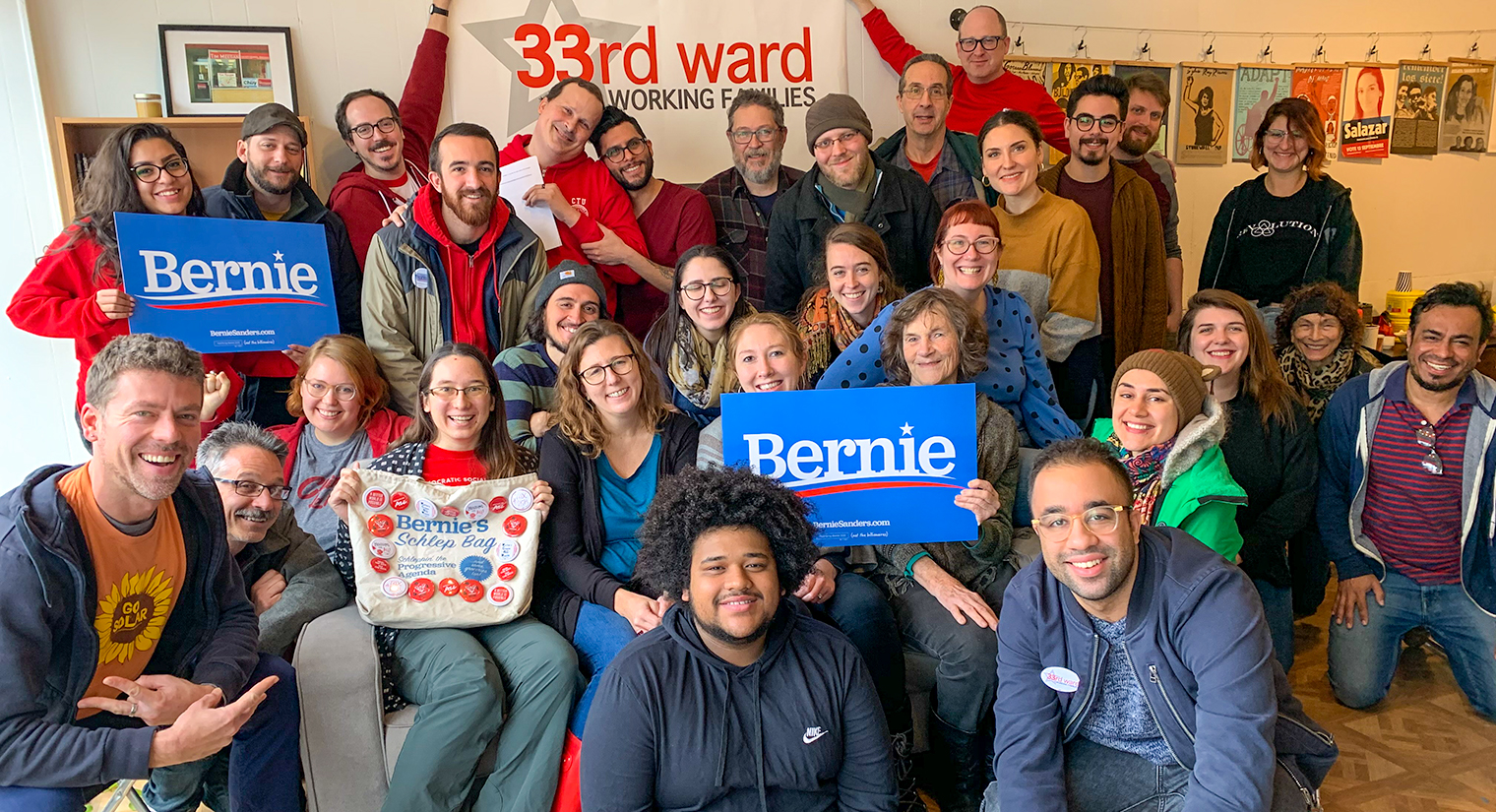 33rd Ward Working Families builds political power through advocacy and education around daily issues that affect the material well-being of residents of Chicago’s 33rd Ward. The 33rd Ward covers the neighborhoods of Albany Park, Avondale, Irving Park, and Ravenswood Manor. As an independent political organization, we run home-grown candidates for public office with the mission to build a political movement that supports the needs of working people. Learn more about our platform here.

We were founded in 2015 from a coalition of labor advocates, progressives and independent voters. Our major campaigns have also included work on rent control, community safety, support for undocumented residents, and making ward services more inclusive and democratic. We elected our member, Rossana Rodriguez, to the 33rd Ward Aldermanic seat in 2019.

We believe that the power of people is greater than the power of big money. To fight the political establishment from within, we believe in developing and supporting working-class candidates from our own ranks who can advance a bold, progressive agenda.

33rd Ward Working Families organizes within our community through canvassing, phone banking, and hosting events. We use a variety of tactics to pressure elected officials to make meaningful changes, and work to build alternative solutions, such as new models of community safety and mutual aid. Learn more about our committees and how to get involved here.

33rd Ward Working Families is affiliated with United Working Families, a coalition of community groups, unions and at-large members that works to elect progressive candidates in Chicago and across Illinois.