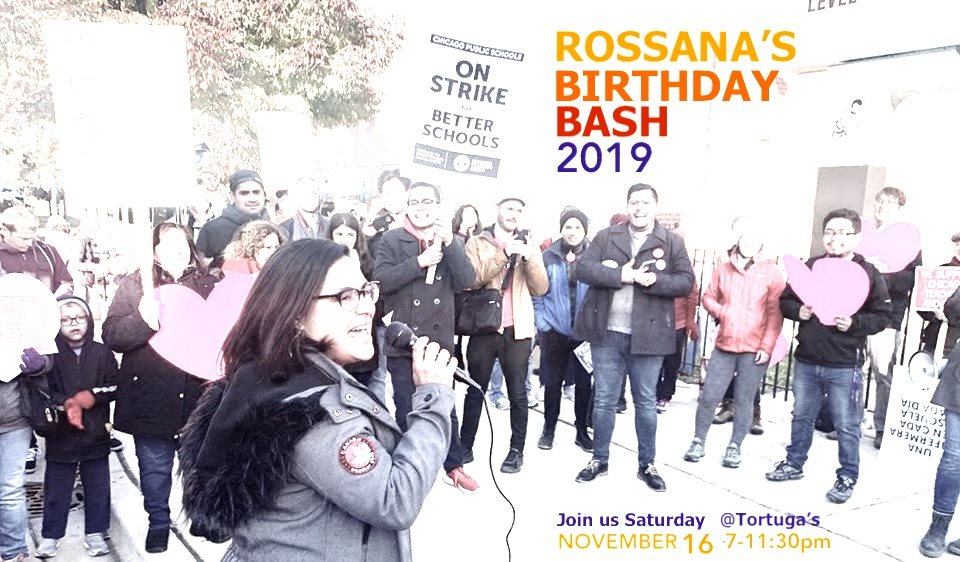 Rossana's birthday is coming up and we're having a party! It's also the six month anniversary of Rossana taking office as alderwoman of the 33rd ward -- there's a lot worth celebrating.

Whether it's the important work Rossana has done around immigrant defense or her championing of movement legislation, it's clear that the past six months have already been productive for the working people of the 33rd Ward. Rossana was the lead sponsor on three pieces of legislation, including the reinstatement of the Corporate Head Tax and the renaming of Columbus Day to Indigenous Peoples' Day in Chicago.

This party is also a fundraiser to strengthen Rossana's campaign to build neighborhoods for the many in the 33rd Ward. Join us and show your support!

$30.00 Single ticket + raffle
Join us at the party and get a raffle ticket!

$40.00 Solidarity-level supporter
Join us at the party, get two raffle tickets, and show some additional solidarity!

Drinks and al la carte food menu for purchase will be provided by Tortuga's Latin Kitchen.